The Los Angeles Rams came back to beat the Cincinnati Bengals in stunning fashion in Super Bowl LVI, lifting the Vince Lombardi Trophy after a 23-20 win at home in SoFi Stadium.

Story of the Game

Trailing 20-16 with six minutes and 13 seconds to go, Matthew Stafford – who gets a ring in his first season in Los Angeles – led the Rams on a 15-play, 79-yard drive capped with a one-yard touchdown pass to Super Bowl MVP Cooper Kupp, who also converted a key fourth down play earlier on the same series.

Joe Burrow and the Bengals would get the ball back with a minute and 25 left but, with the Rams pass rush repeatedly getting home in the second half, Aaron Donald delivered the game-ending hit on fourth down. 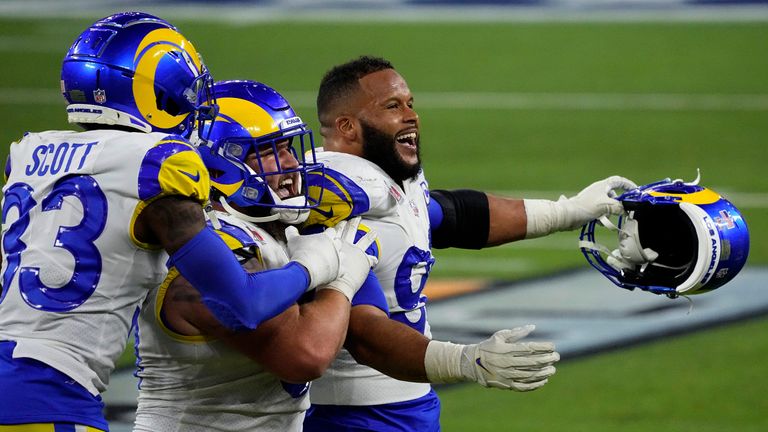 Burrow was sacked a league-high 51 times in the regular season and was taken down a playoff-record nine times in Cincinnati’s divisional round win over the Tennessee Titans, but he was only dropped once in the first half by the much-vaunted Rams pass rush – with Donald