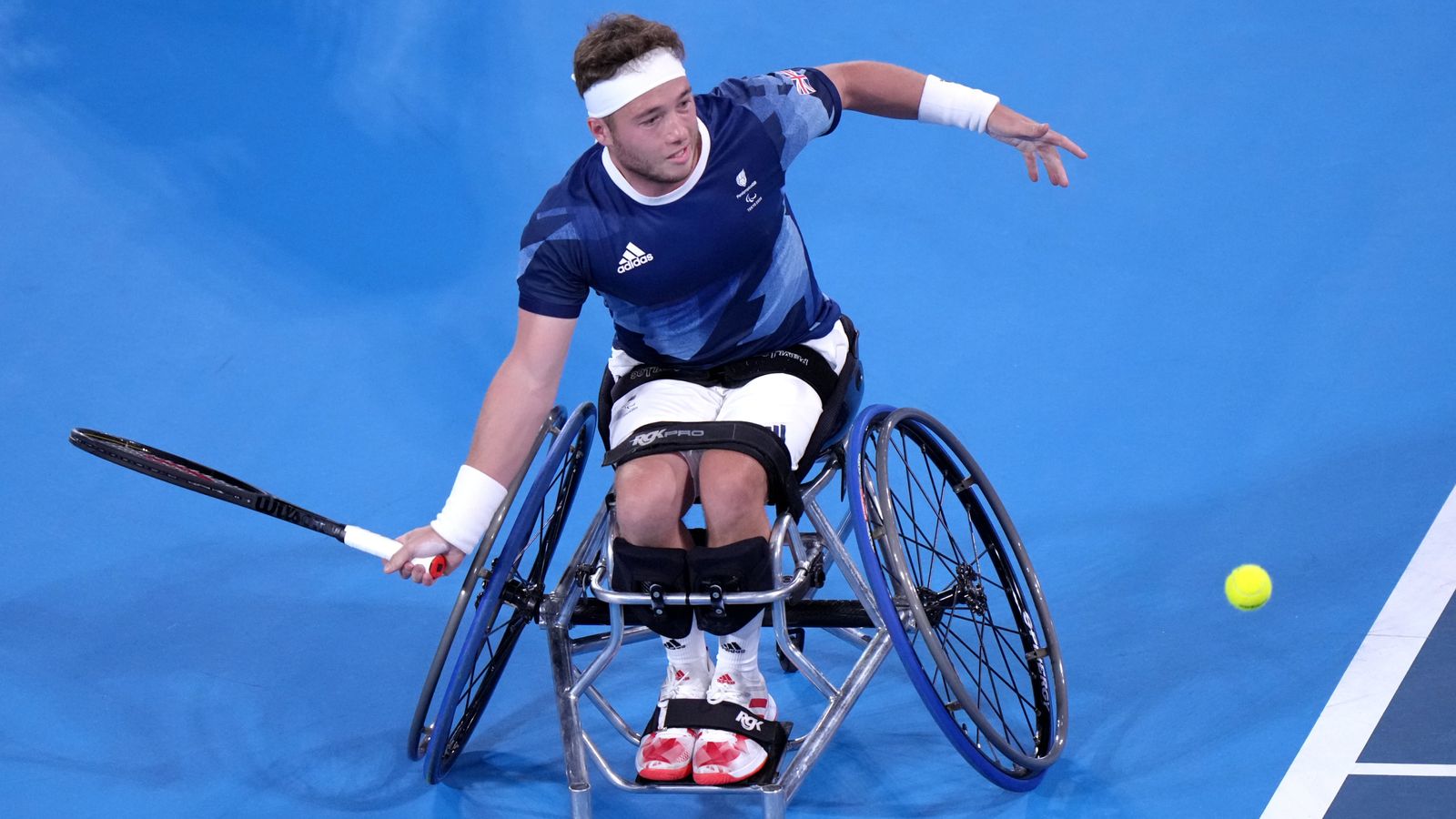 Alfie Hewett, who has the hip condition Perthes diseases, was told in 2019 that he did not meet new criteria determining who could compete in the sport; Following new research into the specific demands of tennis, Hewett was reassessed last weekend in Amsterdam and given the good news

Alfie Hewett insists he holds no resentment over the two-year process that threatened to exclude him from wheelchair tennis.

The 23-year-old confirmed the PA news agency’s story last week that he has been cleared to continue his hugely successful career after a rethink of changes to classification rules.

Hewett, who has the hip condition Perthes diseases, was told in 2019 that he did not meet new criteria determining who would be eligible to compete in the sport.

However, the criteria were based on para-athletics and, following new research into the specific demands of tennis, Hewett was reassessed last weekend in Amsterdam and given the good news.

He said of that moment: “I barely got a wink of sleep the night before so I was pretty drained, just floods of tears. I obviously let everyone know back home, my family were on the edge of their seats for a long period.

“I did have a glass of bubbly at the airport but the first thing I wanted to do was get some sleep because I was exhausted. Mentally and emotionally it was a very draining experience but obviously the best one.

“Only now I realise how much it all really weighed on me. You’ve probably all felt it in your lives at some point when something so heavy is taken away you actually feel that lift off your shoulders, and I did. I just felt so much relief.”

The International Tennis Federation’s philosophy regarding wheelchair tennis is stated as providing competitive playing opportunities for players who cannot participate in the non-disabled version of the sport.

Hewett, who has used a wheelchair since the age of seven, clearly falls into that category, but he said: “I don’t hold any resentment.

“It wasn’t a personal thing and, as much as it impacted me greatly, I was always aware that the ITF as a governing body has a responsibility to look after the classification code in the sport. Now all I care about is moving forward and what they’re doing for the sport is great.

“I can’t hold any sort of bad feeling towards them. They’ve allowed me to carry on, I’ve not missed a single tournament because of this decision.”

The Norfolk player was initially told he would be ineligible to compete from the end of 2020 but the coronavirus pandemic and the postponement of the Paralympics meant that was pushed back a year, prolonging the period of uncertainty.

“The beginning phase of it all was really difficult to get my head around,” he said. “Obviously I was