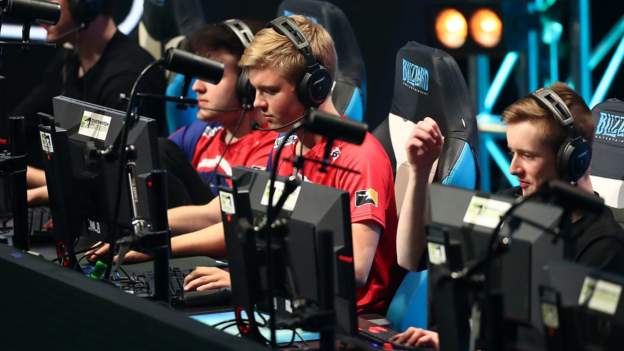 “It’s an opportunity for us to educate on esports and it being about much more than just playing a game.”

The news that this year’s Commonwealth Games in Birmingham would include esports as a pilot event faced opposition from traditionalists.

The inaugural Commonwealth Esports Championships will run alongside this summer’s Games, but have separate branding, medals and organisation. But there is hope that esports could become part of the full programme by the 2026 event.

After being appointed as team manager of the England esports squad, Mark Weller spoke to BBC Sport about leading the country into a new era of competitive entertainment.

The Commonwealth Esports Championships are due to take place at the International Convention Centre in the heart of Birmingham on 6-7 August.

The event will feature esports athletes from across the Commonwealth – with DOTA 2, eFootball series and Rocket League the three titles featuring in the competition.

All three titles will also include a women’s category as well as an open category.

“It’s a really proud moment for me. As a child I watched the Commonwealth Games. I enjoyed sprinting and as a young person I used to dream about one day being there,” he told BBC Sport.

“It’s a bit mad coming full circle and being a part of it in a way I never thought would be a route 10 years ago.”

It was a major life event in his teens that kickstarted Weller’s pathway into competitive gaming and led to him to lead his country at the Games.