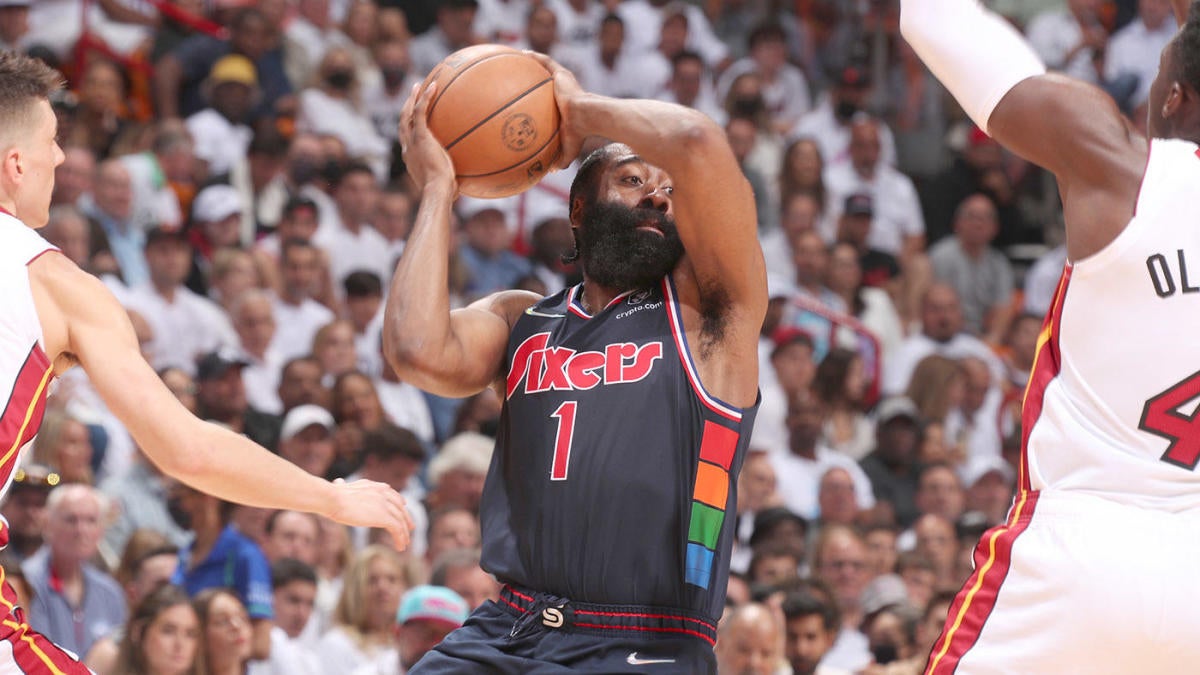 That didn’t come close to happening. Harden finished with 16 points on 13 shots in Philadelphia’s 106-92 defeat in Game 1. He tallied as many turnovers (five) as assists. Two possessions, which actually accounted for 40 percent of Harden made buckets, tell a pretty accurate tale of the uphill battle scoring has become for Harden, particularly against an elite defense.

With just under three minutes remaining in the first quarter, Harden found himself isolated on Tyler Herro at the top. As Mark Jones like to say, he played with his food for a few dribbles before hitting a step-back 3 to cut Miami’s lead to seven.

With Duncan Robinson out of the rotation for Game 1, Miami offered just two defenders to possibly target: Herro and Max Strus, and Herro is by far the weakest link. If Harden was ever going to get a favorable one-on-one matchup, it was here, against Herro, and he didn’t even try to beat him off the dribble. He went to the step-back 3. He made it. Good for him. He’s not going to make enough of those to beat, or even moderately threaten, a team as good as the Heat.

Understand, there’s nuance to consider here. Take a look at Victor Oladipo showing himself near the elbow to Harden’s left while his man, Matisse Thybulle, stands uncovered in the corner. This is the problem non-shooters pose. Oladipo is ready to pounce if