“In making this decision, I carefully considered information provided to me by the Department of Home Affairs, the Australian Border Force and Mr Djokovic.

“The Morrison Government is firmly committed to protecting Australia’s borders, particularly in relation to the COVID-19 pandemic.

“I thank the officers of the Department of Home Affairs and the Australian Border Force who work every day to serve Australia’s interests in increasingly challenging operational environments.”

Djokovic arrived in Melbourne on January 5 after being granted COVID-19 vaccination exemption through Tennis Australia and the Victoria State government, but was stopped by the Australian Border Force before having his visa refused upon entry.

The Serb spent four nights in an immigration detention hotel until a judge overturned the decision.

Djokovic recently admitted he made an “error of judgement” by attending an interview and photoshoot with a French newspaper after testing positive for COVID-19 last month, as well as addressing the false declaration on his travel form as a mistake made by his agent, which he put down as “human error” and “not deliberate”.

Australian Prime Minister Scott Morrison supported Hawke’s decision with a statement in which he reiterated the importance of protecting the public.

“The pandemic has been incredibly difficult for every Australian but we have stuck together and saved lives and livelihoods,” he said. “Together we have achieved one of the lowest death rates, strongest economies and highest vaccination rates in the world.

“Australians have made many sacrifices during this pandemic, and they rightly expect the result of those sacrifices to be protected.

“This is what the Minister is doing in taking this action today. Our strong border protection policies have kept Australians safe, prior to COVID and now during the pandemic.”

Djokovic appealed the initial decision to revoke his visa and five days later a judge ruled in his favour, seemingly freeing him up to play in the Australian Open.

There could yet be a further legal challenge from the world No 1 but, if not, his hopes of winning a 10th title at Melbourne Park and 21st Grand Slam crown are at an end.

Melbourne-based immigration lawyer Kian Bone suggested Djokovic’s legal team would be staring at an uphill battle to overturn the decision ahead of Monday.

“For Djokovic to get the outcomes he needs to play would be extremely difficult to obtain over the weekend,” said Bone.

Former British No 1 Andrew Castle believes there could still be “some way to run” as the Australian government braces itself for an appeal from Djokovic’s lawyers.

“I remain slightly confused I have to say,” Castle told Sky Sports News. “Tennis Australia, the state of Victoria and the Federal Government laid out reasons why somebody could have a medical exemption to come in.

“Now of course there was a false declaration which Novak Djokovic has admitted and actually blamed his agent for on that visa form, perhaps that was the prime motivation for the immigration minister Alex Hawke to go ahead and revoke this visa for a second time.

Andrew Castle thinks that Novak Djokovic might face some issues when registering for future tournaments as he faces deportation from Australia.

Andrew Castle thinks that Novak Djokovic might face some issues when registering for future tournaments as he faces deportation from Australia.

“The reason why this has taken so long is I think the Australian government, the immigration office will be expecting an appeal from the very active Novak Djokovic lawyers in downtown Melbourne.

“One of the grounds for an appeal here would probably be proportionality. Now is saying that you haven’t travelled anywhere before coming to Australia good grounds for revoking a visa? These are the sorts of questions. The reason I raise that is that that is the next step and how long will it take?”

Djokovic had been scheduled to meet fellow countryman Kecmanovic in his tournament opener on Monday, and Castle believes that contest could yet take place.

“If it was an ordinary person I’d suggest it would take quite some time, with Novak Djokovic perhaps they can do that this weekend. That appeal has not been lodged yet, so as it stands he is on the way out.

“There is still a possibility he could still be teeing it up in his first-round match against (Miomir) Kecmanovic and that half way through the tournament, and he might still be in it, he could be asked to leave. There is some way to run.” 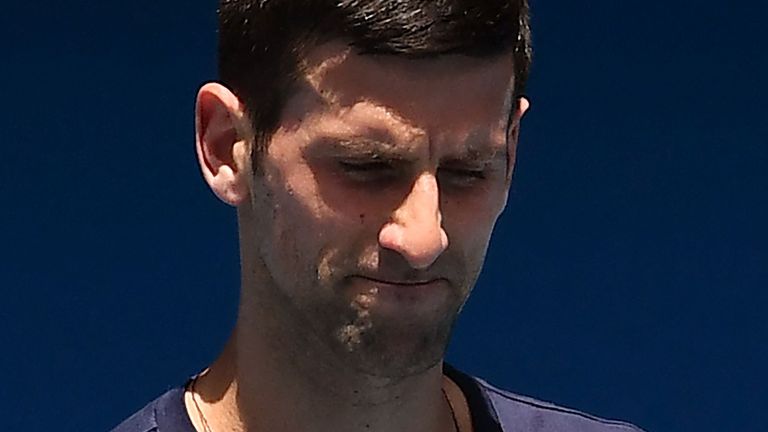 Sky Sports’ Rob Jones says Novak Djokovic’s hopes of playing in the Australian Open are likely over after his visa was cancelled for a second time.

Sky Sports’ Rob Jones says Novak Djokovic’s hopes of playing in the Australian Open are likely over after his visa was cancelled for a second time.

Djokovic potentially faces a three-year ban on travelling to the country if deported, grounds for return within that time period reliant on ‘compelling circumstances that affect the national interest’.

“It doesn’t look good for the chief executive officer of Tennis Australia Craig Tilley,” Castle continued. “I completely understand where the public and Australia are coming from, I understand their emotion, there are places in Australia, notable in Queensland, where even if you’ve been double or triple jabbed you can’t get in without serving a 14-day quarantine, even if your mum is dying.

“They have suffered some of the deepest and harshest restrictions and protections of any nation in the world so their emotions are running high. They’ll say they are following the rule of law, I still think that is going to be tested because Novak Djokovic has that right to appeal and he’s a proud man.

“Bottom line is we know full well, because he admitted it, that it was a false declaration, he made mistakes on that. But as I say, is it proportional to remove his visa?

“And also if I may, what of the future now of going to Australia for Novak Djokovic, a nine-time champion? The next three years, he’ll have to show it’s in the country’s interest to have him there playing.”

“This is such a mess”

“This is such a mess on the eve of the Australian Open.

“This is the world’s number one tennis player who has been at the centre of this saga for a week now and it is one of the most extraordinary spectacles in sport off the court of tennis because this has just been so bitter on both sides and it’s polarised the anti-vaccination debate and Novak Djokovic has of course said he didn’t get a jab because of his COVID status in December. 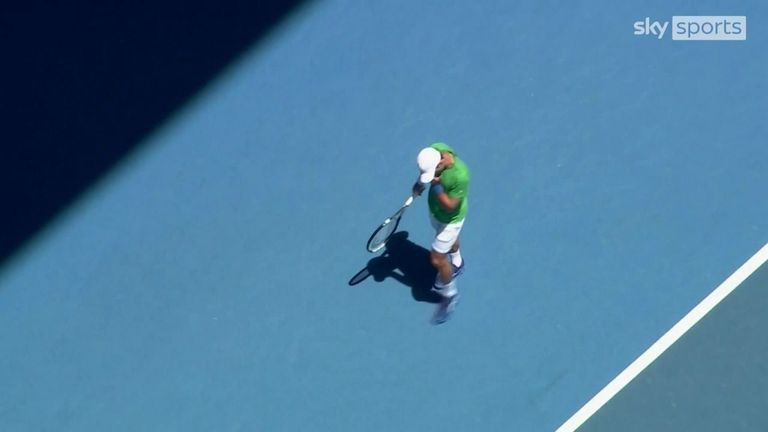 “He tested positive, we’ve seen the PCR certificate, but it’s really become much bigger than that and the majority of the Australian public, the polls suggested they wanted him kicked out and the Immigration Minister has now finally acted.

“There will though of course in this case be another round, because the Novak Djokovic legal team are expected to appeal in the courts in Australia, so he’s not quite on the first plane back to Serbia but it is now the Australian government who have taken their final decision and said ‘visa’s cancelled, he needs to leave Australia’, with just a day or two to go until the start of the Australian Open.”