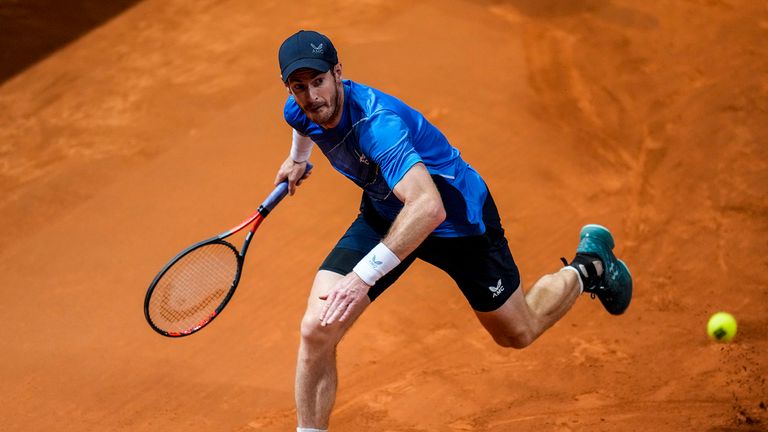 “”I worked extremely hard in the last five or six weeks to get myself here and it’s a fantastic opportunity to play against him again on a huge court in a big tournament. I’ve got my game in good shape.

“My movement has been so much better than where it was at the beginning of the year and it makes a huge difference to my whole game. It allows me to make different decisions on the court. I’ll have a fantastic attitude in the match, give it my best and see where I’m at.”

“He’s made his mark in the history of our sport by winning multiple Slams and gold medals and [reaching] No 1 of the world. He’s one of the most important names that we have.

“To have him still compete is great, and to have him even play at [a] high level as the time goes by is impressive, considering the surgery and what he has been through in the past few years. His resilience and fighting spirit is really inspiring.” 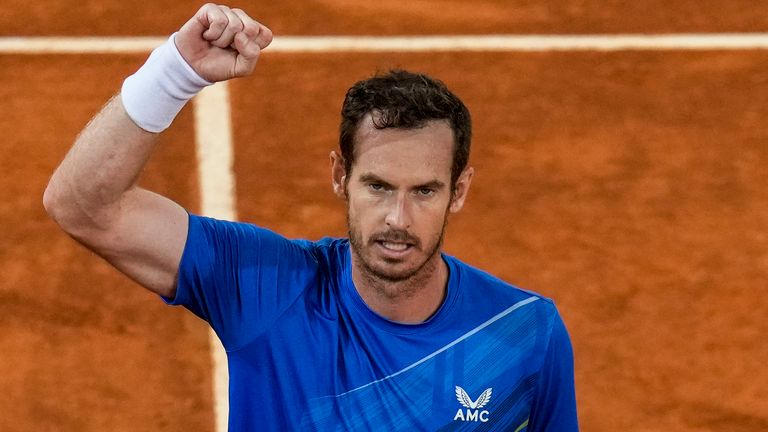 Djokovic has praised Murray for fighting back from numerous injuries, saying he is inspired by the Scotsman’s resilience

Djokovic has praised Murray for fighting back from numerous injuries, saying he is inspired by the Scotsman’s resilience

The Scot, who marked his return to clay for the first time in two years with a straight-sets win against Dominic Thiem in the first round, proved too strong for Shapovalov in the decider.

Murray raced into an early lead in the contest, breaking Shapovalov’s serve twice on his way to taking the opening set in 36 minutes.

The British No 3, behind Cameron Norrie and Dan Evans in the domestic rankings, heaped more pressure on Shapovalov’s serve in the fifth game of the second set.

Murray squandered two break points and was broken for the first time in the match in the next game to trail 5-2 before Shapovalov served out to level at one set all after one hour and 25 minutes of play.

The deciding set went with serve until the fifth game, before Murray seized on his first break point of the set to edge ahead 4-2.

Murray, currently 78th in the ATP rankings, held again for 5-2 and went 40-0 ahead on Shapovalov’s serve before sealing another impressive win on his third match point. Djokovic, contesting just his fourth tournament of the season following a challenging time off-court, extended his perfect record against Monfils to 18 wins from as many matches.

The Serb guaranteed a record-extending 369th week atop the ATP rankings with a 6-3 6-2 victory. 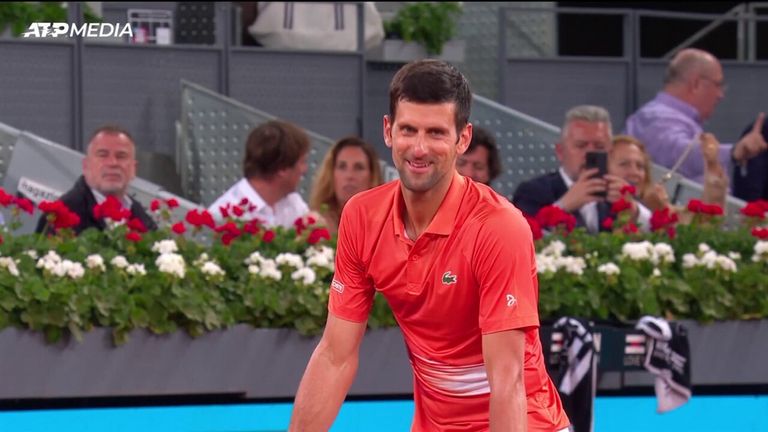 Earlier on Tuesday Jack Draper fell just short of a major scalp in a second-round loss to Andrey Rublev.

The 20-year-old is on the verge of becoming the next British player to break into the top 100 and he again showed his huge potential against sixth seed Rublev, who defeated Djokovic in his home city of Belgrade to win his last tournament.

Draper overpowered his Russian opponent in the opening set and led 3-0 in the third but Rublev fought back to claim a 2-6 6-4 7-5 victory.

Draper knocked out top-30 player Lorenzo Sonego in the opening round in his first tour-level match on clay and he used his big left-handed serve and forehand to shock Rublev in the early stages.

The young Briton, who took a set off Djokovic at Wimbledon last year, also possesses a fine drop shot and is comfortable at the net, and he battled back from a break down in the second before Rublev moved ahead again.

Draper looked like he might find a way to win when he took the first three games of the decider but, with cramp starting to kick in, it was Rublev who eventually found a way through.