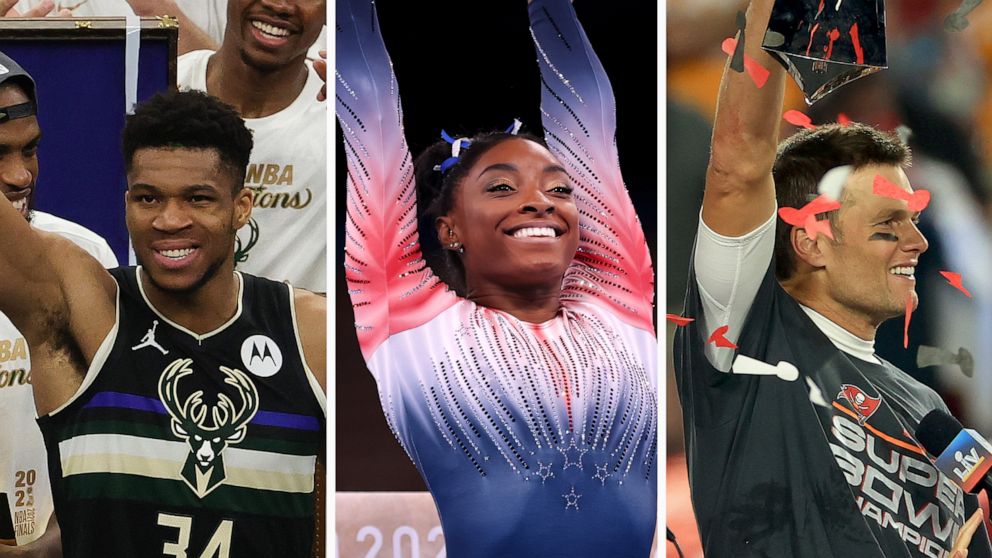 Still, COVID-19 left its mark on athletics this year — from the empty venues at the delayed Tokyo Olympics to controversies over vaccination with players like Aaron Rodgers and Kyrie Irving.

COVID wasn’t the only way health was spotlighted in sports in 2021, though. Stars like Naomi Osaka and Simone Biles brought renewed attention to mental health as well. While not a sports moment, the health of all-time golf great Tiger Woods made worldwide headlines after he was seriously injured in a car accident in February.

When it came to winning trophies, it was a very good year to be a Tampa sports fan.

The first of two Tampa Bay championships on this list came from the Lightning, which won its second straight Stanley Cup and denied the Montreal Canadiens’ pursuit of the first Canadian championship since 1993. Goalie Andrei Vasilevskiy won the Conn Smythe Trophy as the series MVP with a shutout in the Stanley Cup-clinching Game 5. Pat Maroon, who played for the Stanley Cup-winning St. Louis Blues in 2019, also became the first player to win three straight titles in almost 40 years.