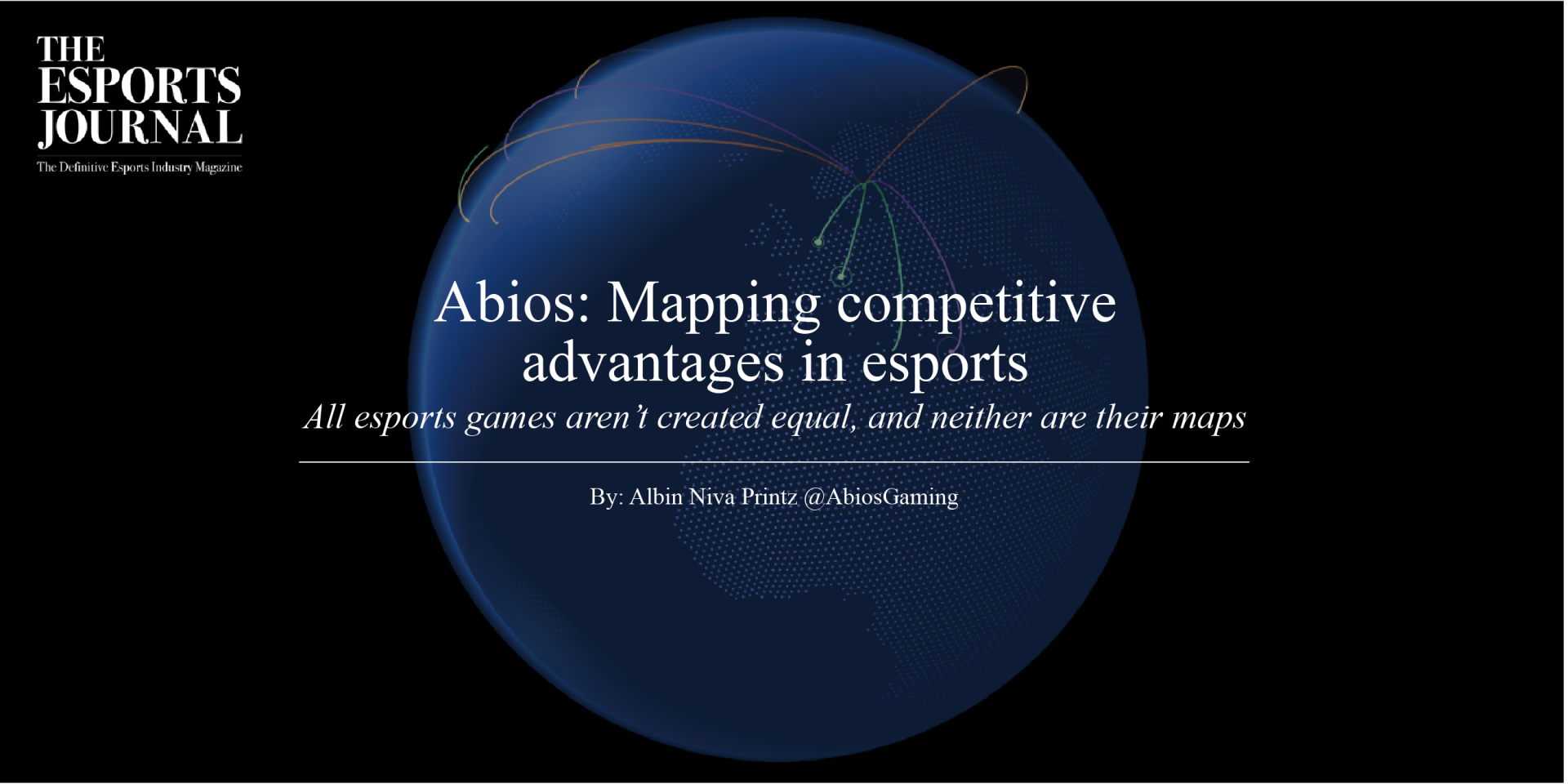 Albin Niva Printz, Data Scientist at Abios, explores the data from maps in popular esports games to find out if there are some inherent disadvantages of starting in certain locations in games. Moreover, he discusses how this data can be useful for different stakeholders.

All online video games are hosted on servers. The servers interpret every data point such as the map, equipped items, and kills. This goes from the surrounding environment in the game down to the smallest player movement. Knowing all of these granular data points gives the power to see different patterns — especially if you know what to look for.

Most esports games, and video games in general, are played on maps that set the premise, limits and boundaries of the game. Some of these are bigger than others, such as Battle Royale maps like Fortnite, whereas titles like League of Legends or CS:GO have smaller maps. These arenas are supposed to make the gameplay fun while enabling the use of different strategies and synergies.

When maps are designed for competitive games, many might think that they are similar to board games like chess, in the way that both sides are created equal and should have the same chance of winning. However, just like in chess, they don’t. In chess, there is something called the first mover’s advantage, which sees the white side win 52-56 per cent of the time versus black.

Even though it’s a small difference, competitively it could have a huge impact. This could be factored into esports as well when calculating the probabilities of different teams winning.

In League of Legends, the map is rectangle-shaped and sliced into two pieces

how to recover health