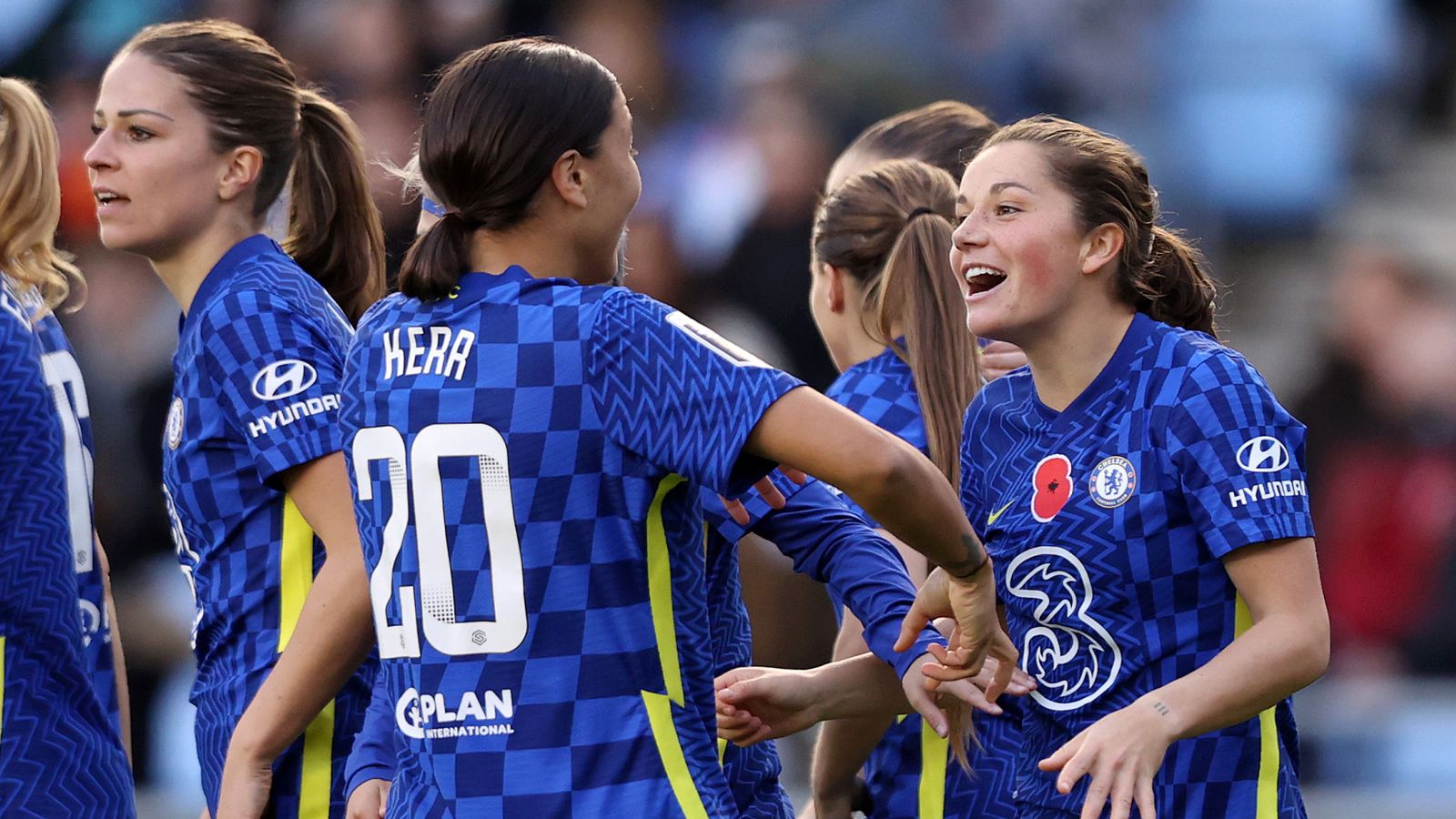 Chelsea thrashed Man City 4-0 at the City Football Academy to move within a point of Arsenal at the top of the Women’s Super League.

Jessie Fleming gave Chelsea a dream start when taking advantage of a mix-up at the back between back-up City goalkeeper Karima Taieb and Georgia Stanway to fire her side ahead after just two minutes.

Despite the home team’s pressure, Chelsea then hit their rivals on the break in first-half stoppage time as Stanway lost possession on halfway, allowing So-Yun Ji to break up field, before picking out the unmarked Guro Reiten at the far post.

And from her clever headed knockdown, there was Sam Kerr to acrobatically hook in her sixth WSL goal of the season, with the champions then adding a third seven minutes after half-time.

The hosts failed to clear a corner, although there appeared little danger when Fran Kirby picked up the ball on the right side of the box, only for the England international forward to somehow find the far corner with a delightful curler.

Three nil then became four minutes later as Magdalena Eriksson rose highest to head home a left-wing corner, with more questions over City ‘keeper Taieb as Chelsea comfortably saw out the rest of the match to record their first-ever win at the City Football Academy, a ground which has now seen City lose their last three games at as they drop to ninth in the table. 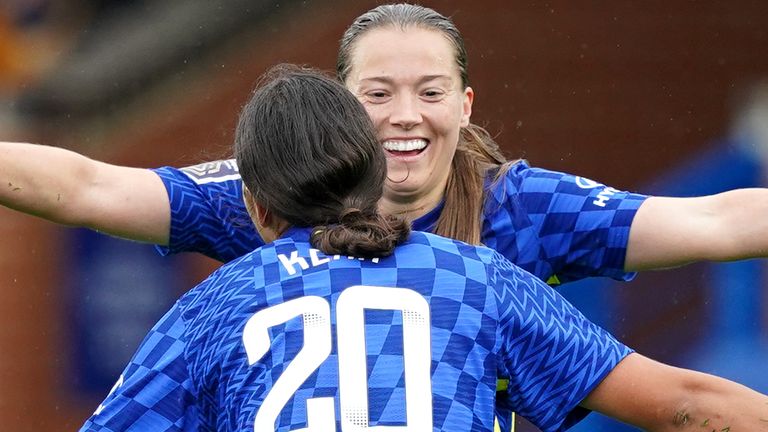 Chelsea Women manager Emma Hayes says her team did well to adapt to a change of shape during their 4-0 WSL win over Manchester City.