Haas have, however, been openly targeting 2022 and optimism will come from that focus.

The VF22 is the first entry to emerge from the team’s all-new design-office in Maranello, Italy – led by technical director Simone Resta, on secondment from Ferrari, who described the new car as the “most complex project”.

They say that while the design is “dramatically different, the livery of the new entry is a evolution of last year”.

“It’s that time of year where you’re naturally optimistic that the hard work and effort of everyone will translate to a competitive entry on track,” said the team’s owner, Gene Haas. “We made the decision back in 2020 to really channel time and resources into the VF-22, foregoing anything track-related for 2021 – which wasn’t easy to watch.

“Hopefully that decision bears fruit and we return to challenging for points and taking something from the weekends.”

Team principal Gunther Steiner added: “Last season was a long one but I’m confident that 2022 will see us back in the mix with the VF-22.”

Some of the aerodynamic details of the Haas car have been removed, which will likely be common in this F1 launch season as teams bid to keep most of their ideas secret until the last possible moment.

When are the new cars revealed?

Why is F1 changing?
You’re probably wondering why – after one of the most exciting seasons in decades – F1 is completely overhauling its rules and cars.

There’s a few explanations for that. Traditionally, regulations have been changed for safety, as if F1 just keeps letting teams make their cars faster and faster – the last era of cars were the quickest-ever – then it gets more and more difficult to make the sport as safe as possible.

That may have been a factor for this year’s revolution, although the main reason is that F1 wanted to move on from an era that has been – Max Verstappen’s title win aside – dominated by Mercedes, while also providing fewer overtaking opportunities than hoped due to the weight, speed and downforce of the cars.

The new rules, which were initially planned for 2021 before being delayed due to the pandemic, are aimed at improving the show, first and foremost, and F1 is hoping for unpredictability and plenty of excitement. 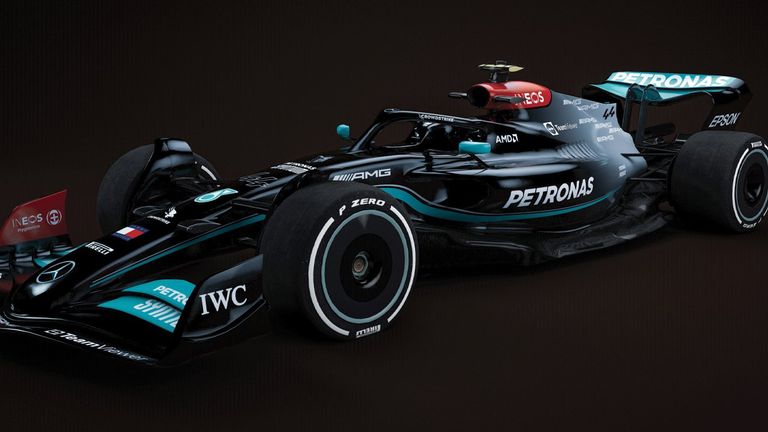 What are the changes?
The rule changes mean we have a completely new generation of cars.

The concept, marking one of the biggest technical changes in F1 history, has been overhauled from recent years and is, in essence, a simplified yet striking new-look race car following a drastic aerodynamics overhaul.

The key changes are:

What will the changes do?
The new cars don’t just look a lot different, but they should have a marked effect on the on-track product, with more exciting and competitive wheel-to-wheel racing the expectation.

They are designed with a focus on shifting the aerodynamic focus from the wings to underneath the car, making it easier to follow the car in front, and thus improve racing.

F1’s estimations are that the 2021 cars lost 35 per cent of their downforce within three car lengths of the car in front and almost 50 per cent in a single car length. You may have heard the words ‘dirty air’.

The new cars? They claim to drop those numbers to just four and 18 per cent respectively.

“They’re relying a lot more on air passing underneath the car very quickly which sucks the car down onto the ground, and gives what we like to call ground effect,” said Sky F1’s Ted Kravitz.

“You’ve created a vacuum,” added Anthony Davidson. “There’s suction to the ground, and you’re relying less on the wings to give you rear grip, and more on the floor.”