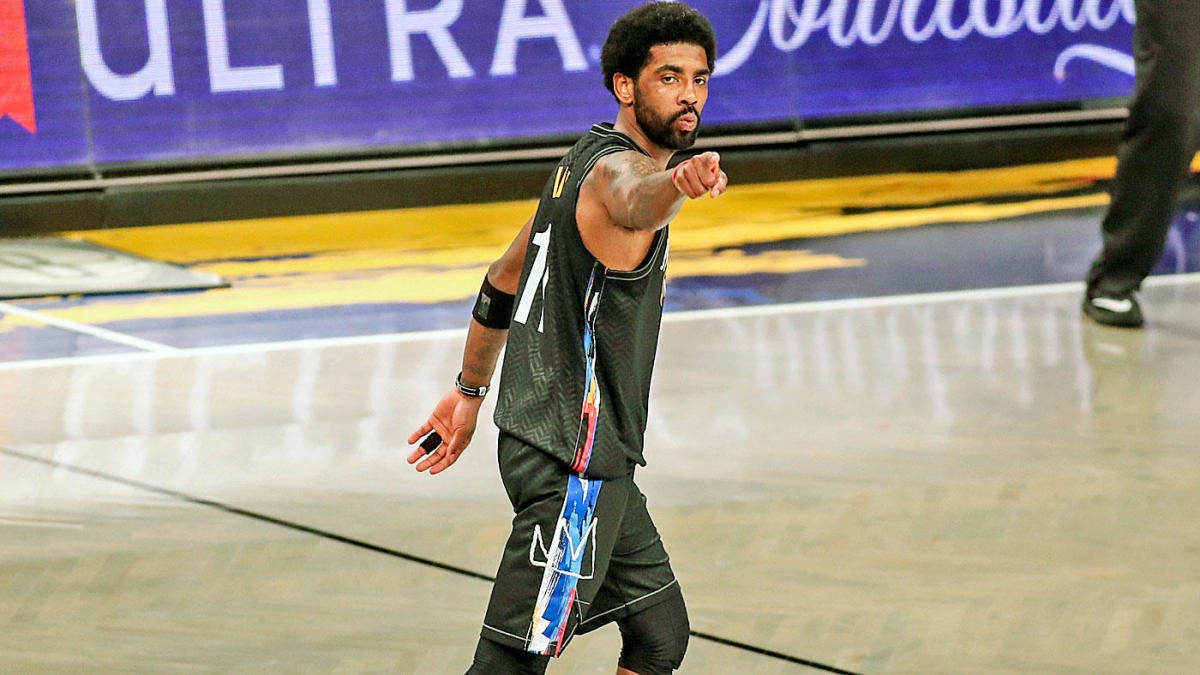 For the first time since his virtual appearance at media day three months ago, Kyrie Irving spoke to reporters on Wednesday. After practicing with the Brooklyn Nets, Irving — still unvaccinated against COVID-19 and thus ineligible to play in home games (or road games against the New York Knicks and Toronto Raptors) — repeatedly told reporters that he is grateful to be back.

Irving cleared health and safety protocols on Tuesday. Shortly after Irving’s media availability, Mark Levine, a New York City councilman who chairs the council’s health committee, tweeted that there were a record 39,591 new COVID cases in the city on Wednesday, and 770 new hospitalizations.

“Not going to lie, it’s been relatively tough to watch from the sideline, with everything going on in the world,” Irving said. “I know everybody’s feeling it, so, just praying for everybody to be healthy during these times. But if I get the opportunity to get on the court and play with some of my teammates, and even if it’s just on the road for away games, I’m just grateful for that opportunity.”

Earlier this month, the Nets reversed course on their decision to not let Irving be less than a full participant in the 2020-21 season. Brooklyn has recently had as many as 10 players sidelined because of health and safety protocols, and three of its games have been postponed. In this context, the organization decided it could use a part-time All-Star.

“I understood their (initial) decision and I respected it,” Irving said. “I really had to sit back and think and try to not become too emotionally attached to what they were deciding to do. I had to sit down and really evaluate things and see it from their perspective, meaning the organization and my teammates.”