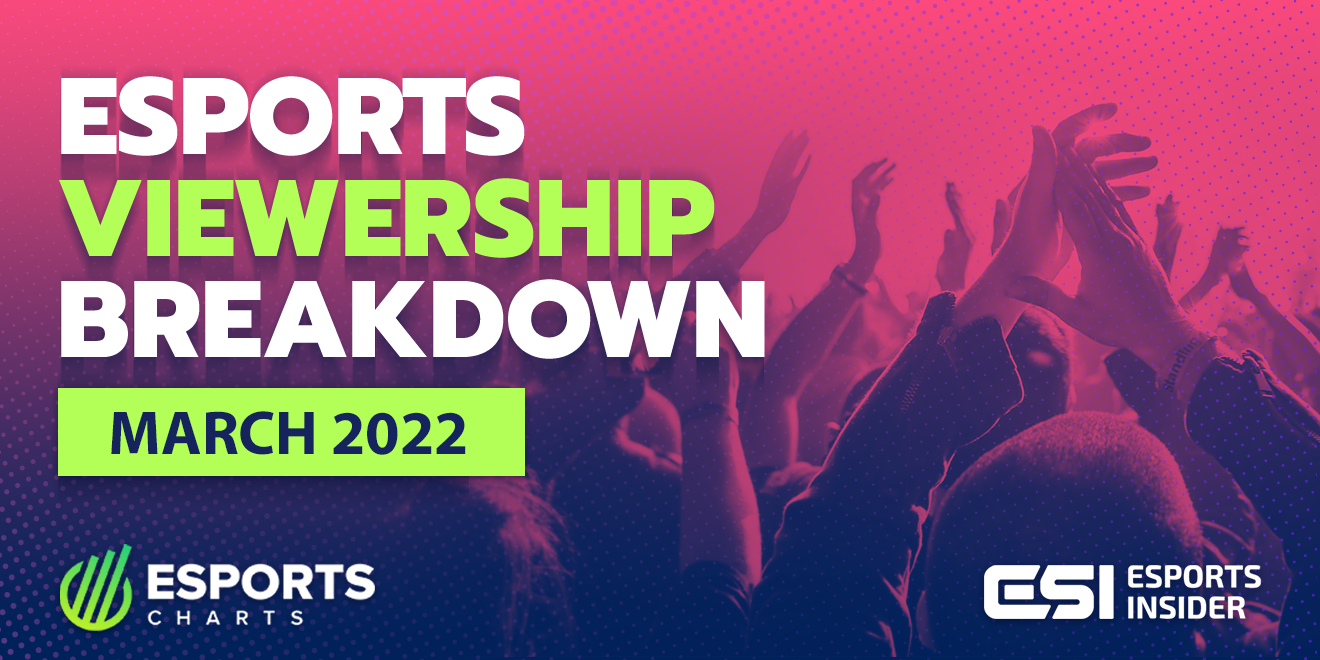 Every month ESI, in collaboration with Esports Charts, delves into the world of esports viewership to highlight what audiences are currently watching, along with other emerging trends in the industry.

With Riot Games’ League of Legends ecosystem reaching its Spring season climax, records have been broken and the title continues to showcase its popularity. However, by the end of March, it was mobile esports that once again took the spotlight.

For the second time in a row, Mobile Legends: Bang Bang’s MPL ID Season 9 was the most popular esports tournament of the month. Garnering an impressive 1.73m peak viewers, the Indonesian league continues to gain momentum ahead of its conclusion later this month.

According to Esports Charts, MPL ID Season 9 isn’t just the most popular esports event of the month, but the most popular of the year so far. This topples global events such as IEM Katowice (1.12m peak viewers), the PUBG Mobile Global Championship 2021 Finals (646,633) and the Six Invitational 2022 (272,714).

Overall, the competition has recorded an average viewership of 380,406, which is lower than MPL ID Season 8 (447,142). So, it’ll certainly be interesting to see if that figure increases as the competition gets closer to the final. Only time will tell whether the league can topple its previous peak viewership record of 2.39m.

Placing second and third on