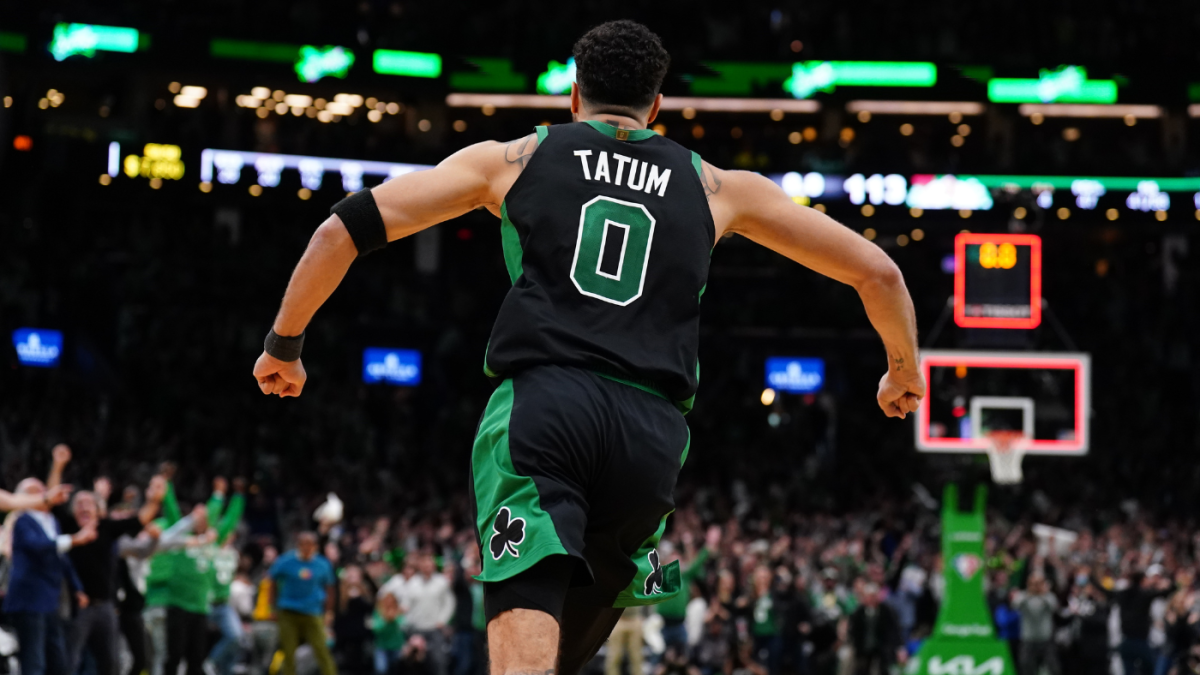 The Boston Celtics’ 15-point lead had disappeared, Kyrie Irving had caught fire and there were only 11 seconds to salvage their series opener on Sunday. Derrick White pushed the ball in transition and gave it up to Jaylen Brown, who drove baseline, and, when two Brooklyn Nets cut him off, spun to his left and kicked it out to Marcus Smart. Instead of trying to be the hero, Smart pump-faked, dribbled past the two Nets flying at him and dished it to a cutting Jayson Tatum.

“Honestly, I think we all thought Smart was going to shoot it,” Tatum said. “So, last-second shot, just crash the glass; if it doesn’t go in, try to make a play. But when he took that dribble, we just kind of made eye contact. And he made a great pass. I just had to make a layup.”

The game-winner at TD Garden gave Tatum 31 points on 9-for-18 shooting, Smart his sixth assist and the Celtics a 115-114 Game 1 victory. It also gave Boston a massive sigh of relief.

“Those are the best games,” Tatum said. “The games that are the most rewarding, the most fun, just as a competitor. We’re up 15 and we go down five and … the only thing you gotta do is just try to figure it out.”

Brooklyn began the fourth quarter down by 11 points. It had committed 14 turnovers, and it had been beaten up on the glass. The Nets took the lead with a 15-2 run, driven primarily by Irving, who scored 18 of his game-high 39 points in the final frame. Irving did his damage on 12-for-20 shooting, with six assists, four steals and five rebounds.

Kevin Durant finished with 23 points on 9-for-24 shooting, with four rebounds,