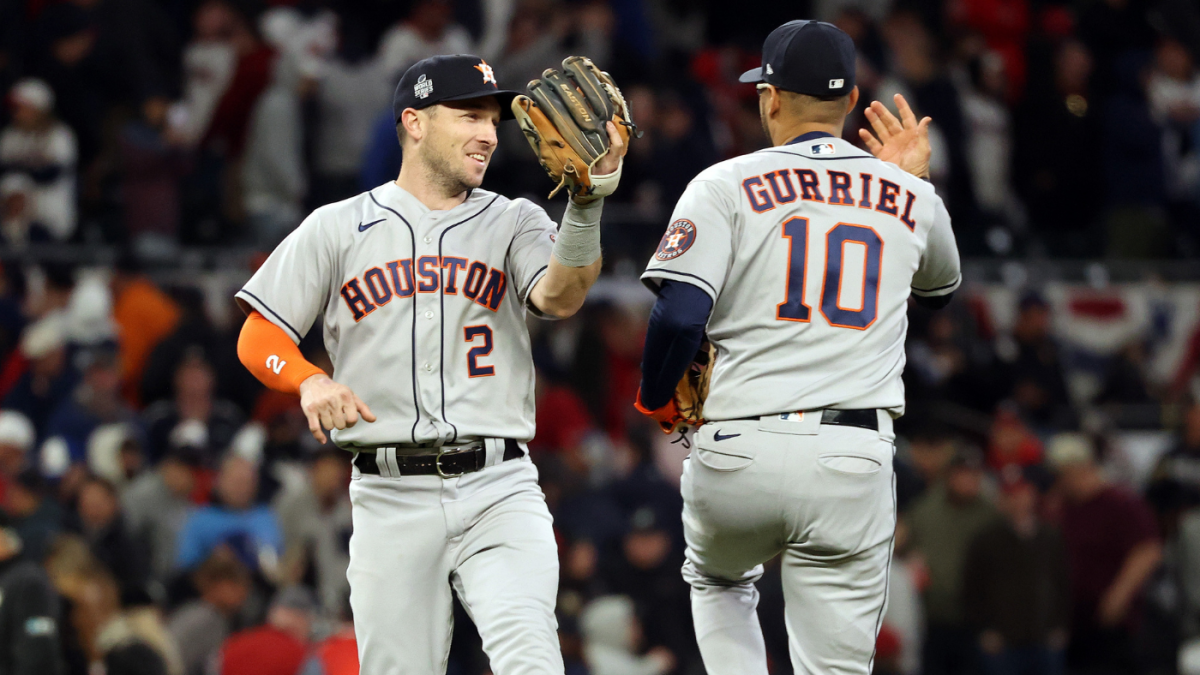 The Houston Astros fended off elimination on Sunday night and denied the Atlanta Braves the chance to win the 2021 World Series at their home ballpark. The Astros defeated the Atlanta Braves in Game 5 of the World Series by a 9-5 final (box score) to force Game 6 and a return trip to Houston. The Astros still trail in the best-of-seven series by a 3-2 margin, and Atlanta remains one win away from its first championship since 1995.

The Astros fell behind early on Sunday, with Atlanta center fielder Adam Duvall hitting the ninth first-inning grand slam in postseason history. Nevertheless, the Astros were able to rally and tie the game at 4-4 in the third inning. Freddie Freeman then put the Braves back up with a solo home run. The Astros weren’t done, though, as Houston received contributions from unlikely sources against Atlanta’s usually reliable bullpen.

Catcher Martin Maldonado drove in three runs on the night, and Marwin Gonzalez plated a pair with a pinch-hit single. (We’d be remiss if we didn’t mention that Zack Greinke — yes, the pitcher — also recorded an historic pinch-hit single.)

Historically, MLB teams who lead a series by a 3-2 margin have gone on to win said series 69 percent of the time. That bodes well for the Braves, who will now have two more chances to win another contest — and, thereby, the championship.

Now for takeaways from Game 5.

Adam Duvall has been yet another post-Ronald Acuña Jr. revelation for the Braves this season, in terms of both his power and his stabilizing glove in center. Early in Game 5, it was the bat that made the difference, as Duvall authored just the third first-inning grand slam in World Series history: