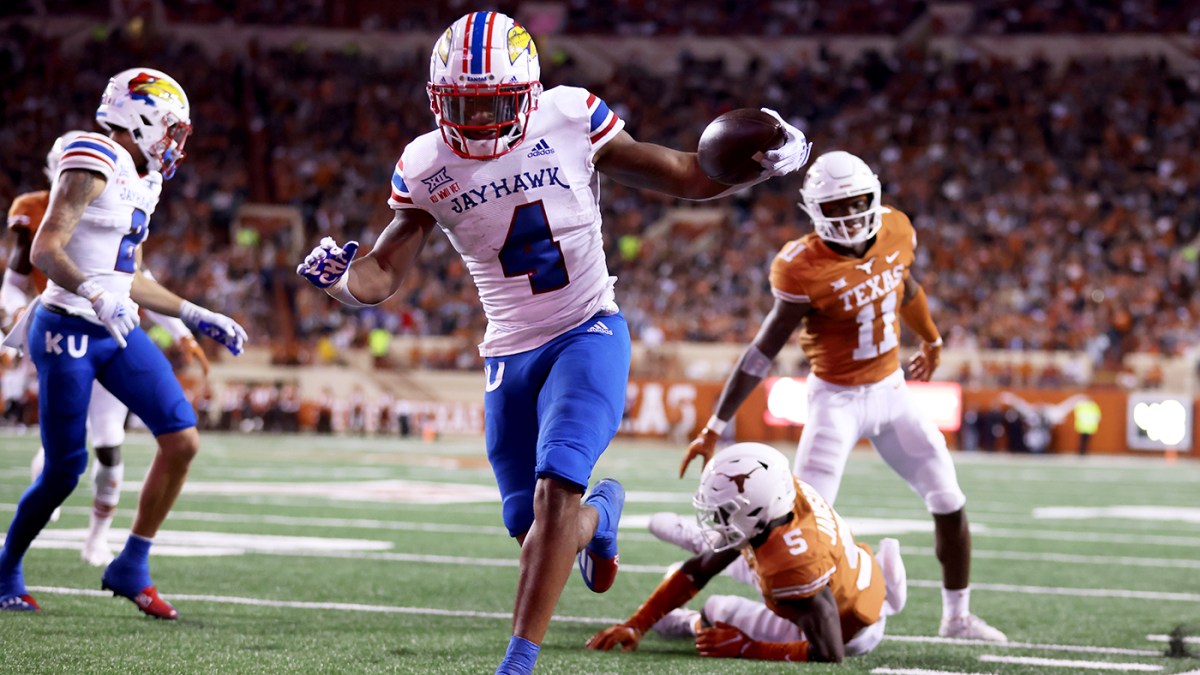 Just 10 games into the Steve Sarkisian era at Texas, the Longhorns matched a historic low on Saturday night with a 57-56 loss to Kansas in overtime. It was Texas’ fifth straight loss, marking the first time the Longhorns have dropped five straight since … 1956! Kansas, meanwhile, picked up its first Big 12 road win since 2008.

The last time Texas lost five straight games in 1956, Dwight D. Eisenhower was president, “The Ten Commandments” was the biggest movie in the world and the Longhorns’ lone win of the season was on the road against Tulane — an SEC program at the time. The last time Texas lost to Kansas in football was 2016, and coach Charlie Strong was fired at the end of that season.

Kansas scored 21 unanswered points during an 85-second flurry at the end of the first half thanks to a fumble and pick-six from freshman quarterback Hudson Card, one of two quarterbacks that the Longhorns used against the Jayhawks.

Texas came back from a 49-35 fourth quarter deficit to tie the game and force overtime thanks to some heroics from quarterback Casey Thompson. The upperclassman threw a touchdown to Cade Brewer with 22 seconds left to force overtime and completed an 8-yard pass to Marcus Washington in the first overtime. However, Kansas quarterback Jalon Daniels made an unbelievable play on a two-point conversion to clinch the win.

By the end of the fourth quarter, Kansas fans were chanting “S-E-C” at the