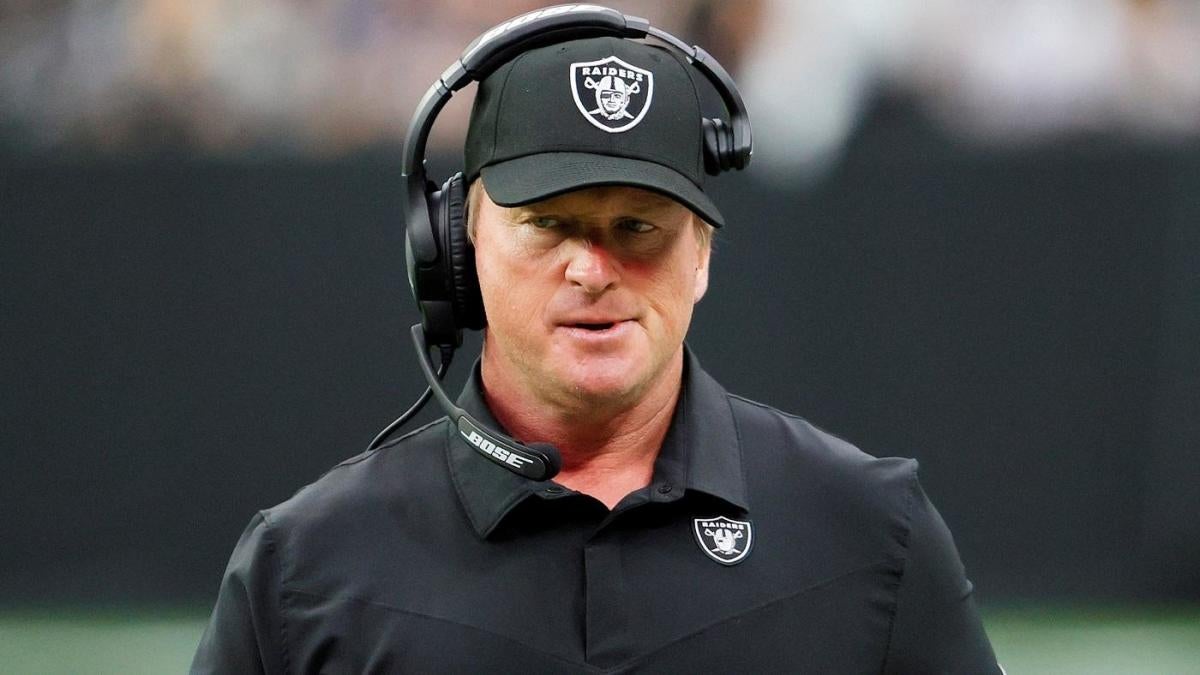 Former Raiders coach Jon Gruden continues to mull his legal options with several lawyers advising those close to him that they would be willing to take on a lawsuit against commissioner Roger Goodell and the NFL over the handling of emails that resulted in Gruden resigning a few weeks ago.

Raiders owner Mark Davis revealed to the media at last week’s owners meetings that he had reached a settlement with Gruden; sources said the former Super Bowl winning coach is out roughly $50 million in future salary. Gruden has kept a low profile since emails including racist and homophobic language he sent over the course of several years while an ESPN employee came to light as part of the NFL’s inquiry into the toxic work climate at the Washington Football Team. Gruden was corresponding with WFT executive Bruce Allen; Allen was also engaged in several legal disputes with WFT owner Dan Snyder, with emails obtained as part of the discovery in that process.

The NFL has maintained that it did not leak any emails to the media, but Davis has raised several issues about the handling of the matter to associates, and he called for a written report of the WFT investigation to be produced last week as well. The timing of when the emails were revealed — in-season rather than at any point in the long NFL offseason — and the nature of what has been released thus far (only Gruden has faced job ramifications as part of the league’s inquiry into WFT thus far) has raised significant issues for those close to the coach.

“This is anything but over,” as one league source put it.

Some lawyers have asserted that Gruden could have a tortious interference case, claiming the NFL influenced his ouster for private emails