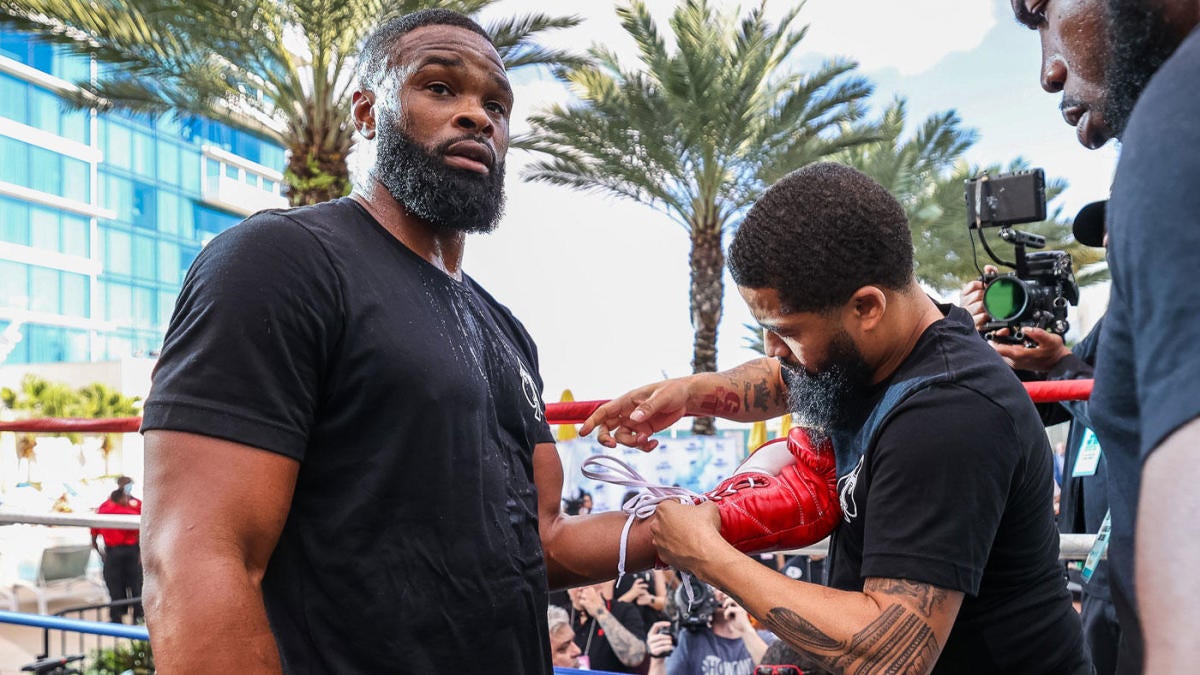 There’s a difference in combat sports between being in shape and being in fight shape, but Tyron Woodley luckily at least had the foundation of the former to lean back upon when he was filming a television show just over one week ago and received an important phone call.

The 39-year-old Woodley, who lost his pro boxing debut to Jake Paul in August by split decision, was offered a shot at retribution that even getting a “I love Jake Paul” tattoo on his left middle finger was unable to lock down.

“They sent a smoke signal so I pulled up,” Woodley told “Morning Kombat” on Wednesday at an open workout at the Seminole Hard Rock Casino pool in Tampa, Florida.

Asked if he did much haggling given a rare shot at leverage after Tommy Fury, the half brother of heavyweight champion Tyson Fury, pulled out of Saturday’s pay-per-view fight inside Amalie Arena, Woodley shook his head. The former UFC welterweight champion estimated it took him no more than 20 seconds to agree to a rematch against Paul (4-0, 3 KOs), the Youtube sensation and influencer who has quickly disrupted boxing’s marketplace thanks to a subscriber base of over 50 million across social media.

“I didn’t need to [haggle],” Woodley said. “We already did it once. I know the opponent very well and they really just needed a yes from me. They got that very quickly.”

Can’t get enough boxing and MMA? Get the latest in the world of combat sports from two of the best in the business. Subscribe to Morning Kombat with Luke Thomas and Brian Campbell for the best analysis and in-depth news

There’s little question that Woodley’s quick decision saved the card, which is something Paul trainer B.J. Flores openly thanked Woodley for doing on Wednesday. But