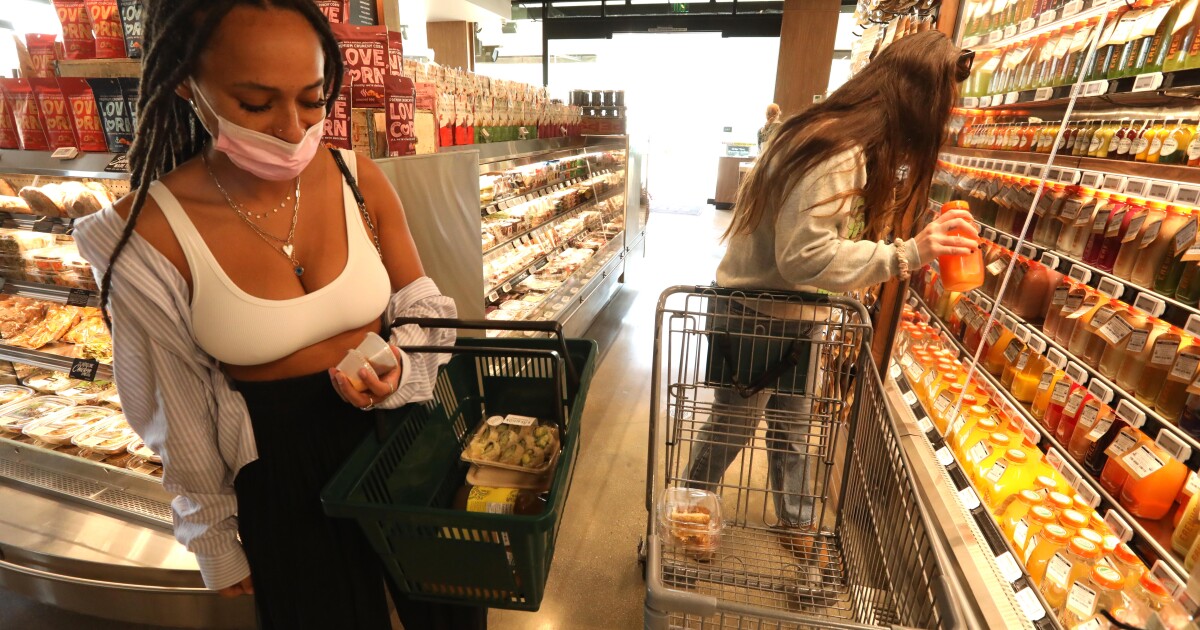 Fitness trainer Gregg Miele — @greggyhustle to his nearly 20,000 Instagram followers — is a creature of habit: Every day, he hits the gym and goes to Erewhon.

At the upscale organic grocer, he might buy a cup of overnight oats (“the best”), replenish his stash of vitamins (“their supplement game’s incredible”) or grab a $12.49 bottle of his favorite Ophora water (“they implement an oxygen component to it — when you open it, you start seeing the bubbles”), which he was cradling like a football at the chain’s new Studio City location on a recent morning.

“It’s a Michelin-star standard for a grocery store, you know what I mean?” Miele, 44, said. “I tell all my clients: There’s no cutting corners with your health.”

Grocery shopping is not typically a daily activity, but Miele is not an anomaly among Erewhon’s extremely devoted and spendy customer base.

Vogue called the chain a “health-food holy site,” the New York Times said it’s “the unofficial hangout for the young, beautiful and bored,” and Vanity Fair declared: “The hottest pandemic club in Los Angeles is Erewhon.” In this newspaper, a columnist said Erewhon is “the Whole Foods for people who think Whole Foods is a dump.”

It’s a cultural phenomenon (and occasional spectacle) that customers, critics and industry analysts joke could exist only in L.A. Company executives, in the midst of an ambitious expansion plan to bring Erewhon stores outside Los Angeles County for the first time in decades, to as many as 20 locations in all, hope that’s not the case.

Before it became the land of $21 superfood smoothies, mushroom tinctures and organic, raw, vegan, sugar-free, gluten-free Key lime pie, Erewhon had dwindled to a single store on Beverly Boulevard, cluttered and wholly unremarkable in a city