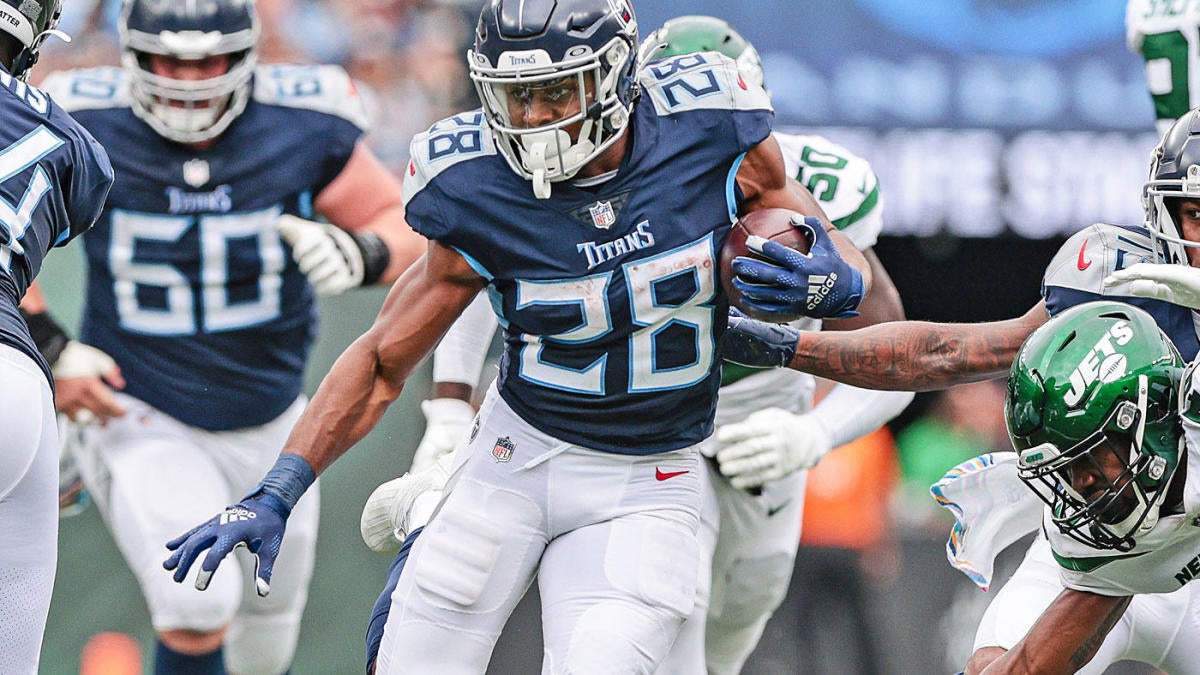 I’m curious to see how the Titans plan to replace Derrick Henry (foot), who is out for 6-10 weeks. It doesn’t appear like offensive coordinator Todd Downing wants to change things in Tennessee, even with Henry not on the field.

On Thursday, Downing said, “I’d be doing the offense a disservice if I jerked the wheel on our identity at this point of the season with Derrick Henry out.”

It sounds like Downing still wants to lean on the ground game, which bodes well for either Adrian Peterson or Jeremy McNichols. For now, give me McNichols heading into Week 9 at the Rams — and maybe the rest of the year.

McNichols will be the one playing on passing downs. And despite what Downing said, I expect the Titans to be forced to throw the ball more with Henry sidelined. That will likely happen Sunday night against the Rams if the Titans are chasing points as expected.

McNichols already has at least three catches in four games this season. He should get the chance to carry the ball more as well, and he’s a nice sleeper for Week 9.

We’ll see what happens with Peterson, who is 36 and last played for the Lions in 2020. He could be the best running back for the Titans, and maybe he keeps Tennessee’s run game afloat.

But I’m skeptical to trust Peterson, which is why I’d lean toward McNichols, who has been Henry’s backup all season. I’m hoping McNichols steps up and takes over for Henry in Week 9 and beyond.

McNichols is one of my favorite sleepers in Week 9.