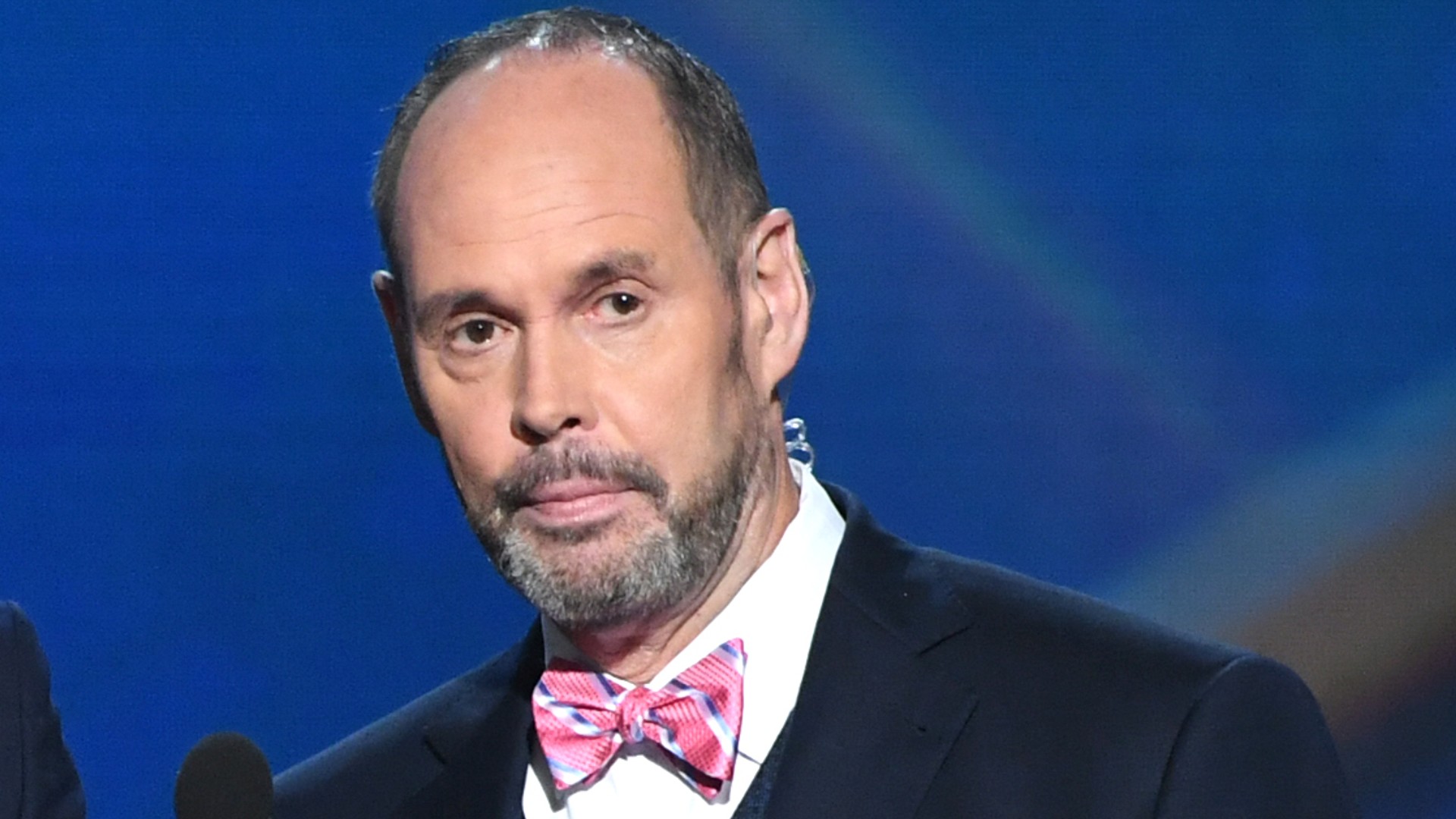 ESPN and Fox aired primetime tributes to Johnson’s son Michael, who died Friday at the age of 33 after a lifelong struggle with muscular dystrophy. ESPN’s Chris Fowler spoke over a video montage during the network’s broadcast of the Penn State-Ohio State football game. Fox Sports’ Kevin Burkhardt did likewise during the pregame show for Game 4 of the World Series.

“Our family is so grateful for your kindness and compassion,” Johnson wrote in a quote tweet of the Fox video.

Ernie Johnson used the word “miraculous” to describe his son’s life when he wrote on Instagram that Michael had died. Many MD sufferers don’t live past their teens.

In August, Ernie Johnson told his son’s story to the Alabama football team. Video of it went viral on social media. He held up Michael — who was born in Romania and adopted by Johnson and his wife, Cheryl, as a toddler in 1991 — as a reminder that “there’s value in everybody.”

In one of the most emotional parts of his speech, Ernie Johnson recounted how Michael inspired his Georgia high school, Mill Creek, through basketball and his trademark phrase, “Love you, too.”

The boys team’s coach, Phil Bollier, wanted Michael to be a part of the program he was building from scratch after speaking with him in a special needs class. Bollier explained why to Ernie and Cheryl.

“So (Bollier) could teach his team two things: maximum effort — for Michael to move any muscle in his body takes everything he’s got — and he said, ‘I wanted to teach my team having a heart for