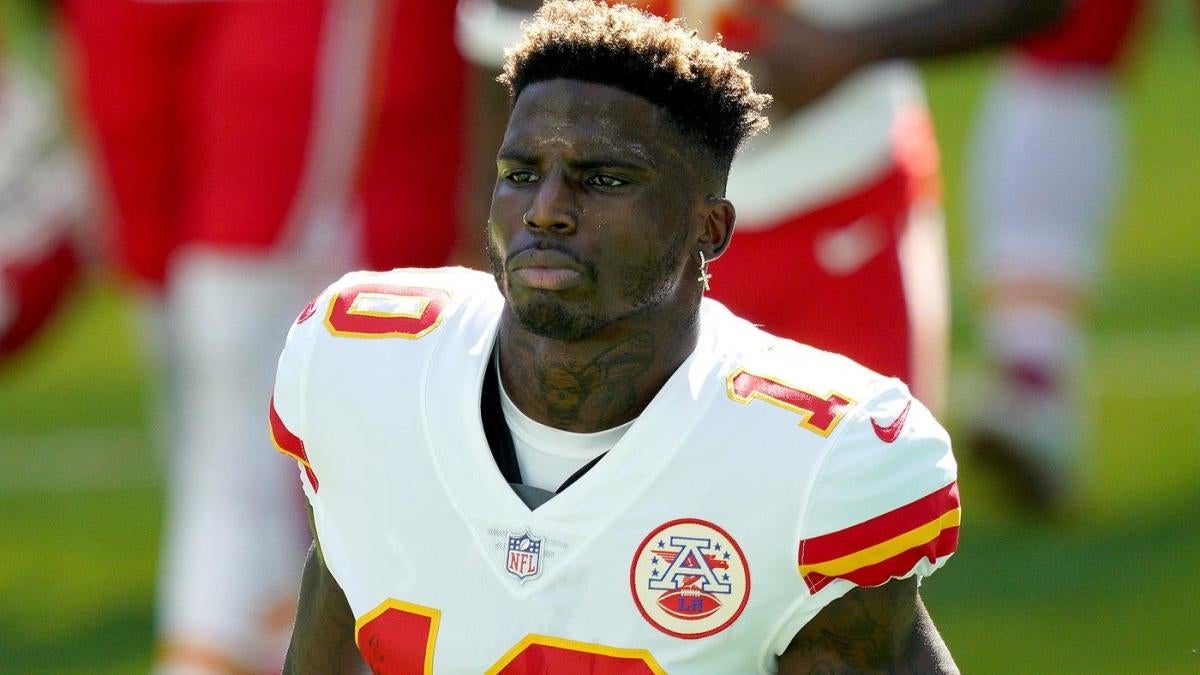 Another day, another big name on the move in the NFL. After failed efforts to strike a new contract with Tyreek Hill, the Chiefs have traded the All-Pro wide receiver to the Dolphins, as ESPN and NFL Media reported and CBS Sports NFL insider Jason La Canfora confirmed Wednesday. Earlier in the day, Kansas City granted the six-time Pro Bowler permission to seek a trade and began exploring potential replacements at his position. The Jets were reportedly also front-runners to land Hill, but instead, the speedster will go to Miami in exchange for five different draft picks, including a 2022 first-rounder.

Hill, 28, was set to enter a contract year with the Chiefs, the final year of a three-year, $54 million extension he signed in 2019. He was seeking a substantial raise in the wake of 2022 free agency, which reset the receiver market thanks to a number of new deals around the NFL. Kansas City offered the former Super Bowl champion an extension that would’ve made him one of the game’s highest-paid at his position, per NFL Media’s Ian Rapoport, but negotiations stalled to the point Hill sought a new deal elsewhere.

The Dolphins, in addition to giving Hill a four-year, $120 million extension that averages $30 million per year, with $72.2M guaranteed — a new record for wide receivers, have dealt a 2022 first-round pick, 2022 second-rounder, 2022 fourth-rounder, 2023 fourth-rounder and 2023 sixth-rounder to Kansas City in exchange for the wideout.

The Chiefs had been preparing for his exit, recently signing former Steelers starter JuJu Smith-Schuster, continually scouting free-agent and draft options, and on Wednesday hosting former Packers speedster Marquez Valdes-Scantling for a free-agent visit, per NFL Media. Losing Hill, however, removes one of the NFL’s most explosive pass catchers from a lineup once heralded