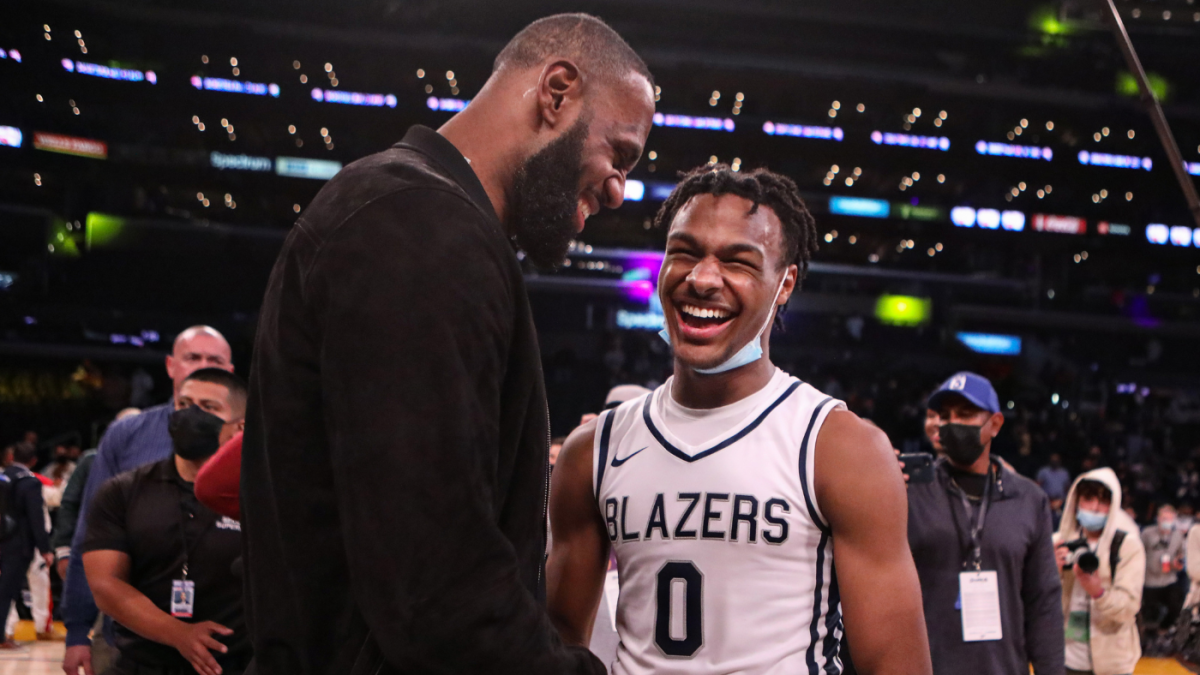 LeBron James Sr. was the top-ranked NBA prospect in his class from practically the moment he could pick up a basketball. He was a prodigy identified as a future superstar years before he was eligible to become a professional and about as close to a sure thing as young athletes ever get. LeBron James Jr., on the other hand, is something a bit more conventional.

Midway through his junior season at Los Angeles powerhouse Sierra Canyon, 247Sports ranks James as the 34th-best player in his high school class. His standing as a prospect has slipped since he reached the high school level, as 247 ranked him No. 19 in the class of 2023 as recently as September 2020. Now? He’s not even the highest-ranked son of a former Cleveland Cavalier in that class, as the 2023 crop is headlined by DJ Wagner, son of LeBron’s former teammate DaJuan Wagner. A four-star ranking is nothing to sneeze at for most prospects. It’s fairly low for a prospect literally named “LeBron James.”

Were a prospect of that caliber not named “LeBron James,” he would probably be expected to spend multiple years in college developing his skill set and preparing to transition from collegiate star to professional role player. That might not be a luxury Bronny has, though, because his more famous father is already tying the end of his own career to the beginning of his son’s.

“My last year will be played with my son,” James Sr. told The Athletic Saturday. “Wherever Bronny is at, that’s where I’ll be. I would do whatever it takes to play with my son